Buffalo, N. Y., Is Doing Away with a Public Nuisance Through the Construction of an Underground Drain
By Patrick Kane, Jr. Buffalo, N. Y.
The American City Magazine  February, 1923

Three  years ago, at a general election, the people of Buffalo declared the Scajaquada Creek a public nuisance and voted in favor of having a large portion of it that which flows through the east side residential district converted into an underground drain. This, in substance, is now being taken care of.

The Scajaquada Creek proper flows through the entire north side of the city. Experts reckoned it a hard job, made difficult through the various obstacles to be overcome. Chief among these were the water and the rock problems. Hard, compact limestone was encountered just below the surface of the creek-bed. The drain itself, or rather that portion of it now under construction, is 6,000 feet long. And the average depth of rock to be excavated is 8 feet.

Estimated approximately, the length, is about six miles. The creek pursues a winding, diagonal course from east to northwest, emptying into the Niagara River. It serves as a non-sewerage drain to the adjacent territory, taking care of the outlying east side especially, where, because of land development, modern drainage has not yet been installed.

In accordance with the wishes of the people, action was begun on this underground drain at once. A survey was made, plans were drawn up and bids let, and the work started the following spring.

View showing depth of the excavation and challenges with crumbling walls.

Modern view of the house in these photos.

Cross-section view of the concrete forms and supports.

In drawing up the plans for this work, Metcalf & Eddy, consulting engineers, of Boston, Mass., after carefully studying the project, submitted a report on three different types of drains as practicable for a work of this kind. The first type called for a dish-bottomed drain with side-walls, but no roof. This type was not recommended, and the city rejected it, as scum and refuse would collect on the surface of the open water in warm weather; also, the drain would form a breeding ground for mosquitoes. It would also have been necessary to bridge all street crossings for traffic purposes, thus entailing further expense.

The second type considered was a flat-bottomed drain with side-walls and arched roof. The dimensions of this drain were considerably smaller than those of the first type, and it necessitated a detention basin covering, say, 500 acres of land at the upper end to take care of the abnormal flow of water, which this drain was incapable of handling during the wet season. The expense of buying the land to construct this basin would bring the total cost of this type of drain up to that of the third type. The city therefore rejected the second project as unsuitable.

The third project called for a flat-bottomed drain with side-walls and roof-arch similar to that of the second type, only larger. This type of drain was to be 14 feet high from the floor of the center of the roof-arch. The average width was 28 feet, and in some places it ran as wide as 33 feet.

This drain is capable of handling a waterflow of 5,600 cubic feet per second past a given point. This capacity was chosen after a careful study of rainfalls and flood flows, with the intention of making it adequate for such a flood as would probably occur about once in 25 years, after the district has reached such a point of development as it may attain in about 25 years.With the development in its present status, the critical flood would probably be met only once in 50 or 100 years. This is the drain selected by the city of Buffalo for Scajaquada Creek.

The steel and wood forms for the roof of the drain. Image source: private collection.

Reinforcing bars in place on the roof of the drain. Image source: private collection.

Pouring the concrete on the roof of the drain. Image source: private collection.

We examine the environmental efforts of this unassuming Buffalo jeweler to reclaim the waterfront of the city he loved.

The 1893 Model City prospectus described a “green city” powered by clean energy and centered around nature and beauty.

We remember this pillar of Buffalo’s African American community with a series of personal recollections.

Endnotes: A Glimpse into the History of a Lost North Street Mansion

A generous subscriber shared a photograph, along with an interesting personal history of a lost mansion on Buffalo's North Street. 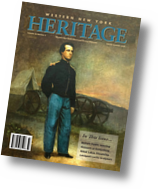 Buffalo's rich sports history is shared through stories, photos, and artifacts spanning more than a century. A must-have for the sports enthusiast on your list!

Celebrating the Light, Color, and Architecture of the Pan-American Exposition, Buffalo 1901. 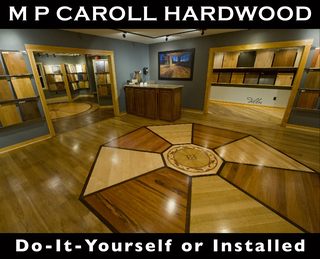